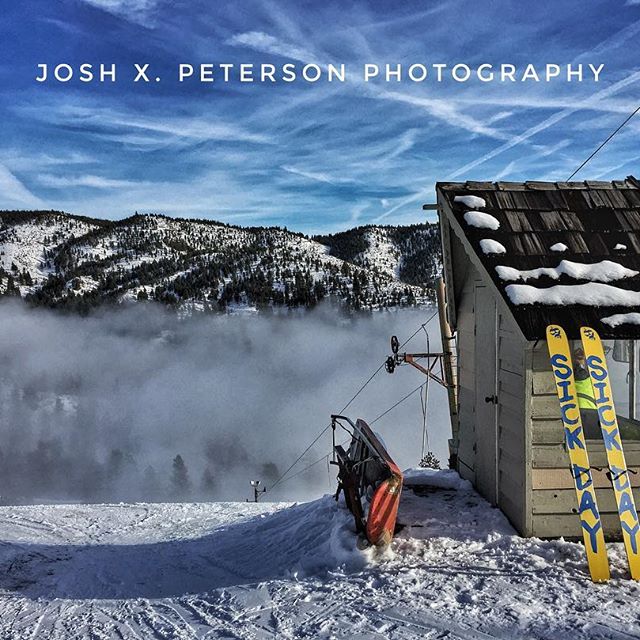 Check out the
hill webcams 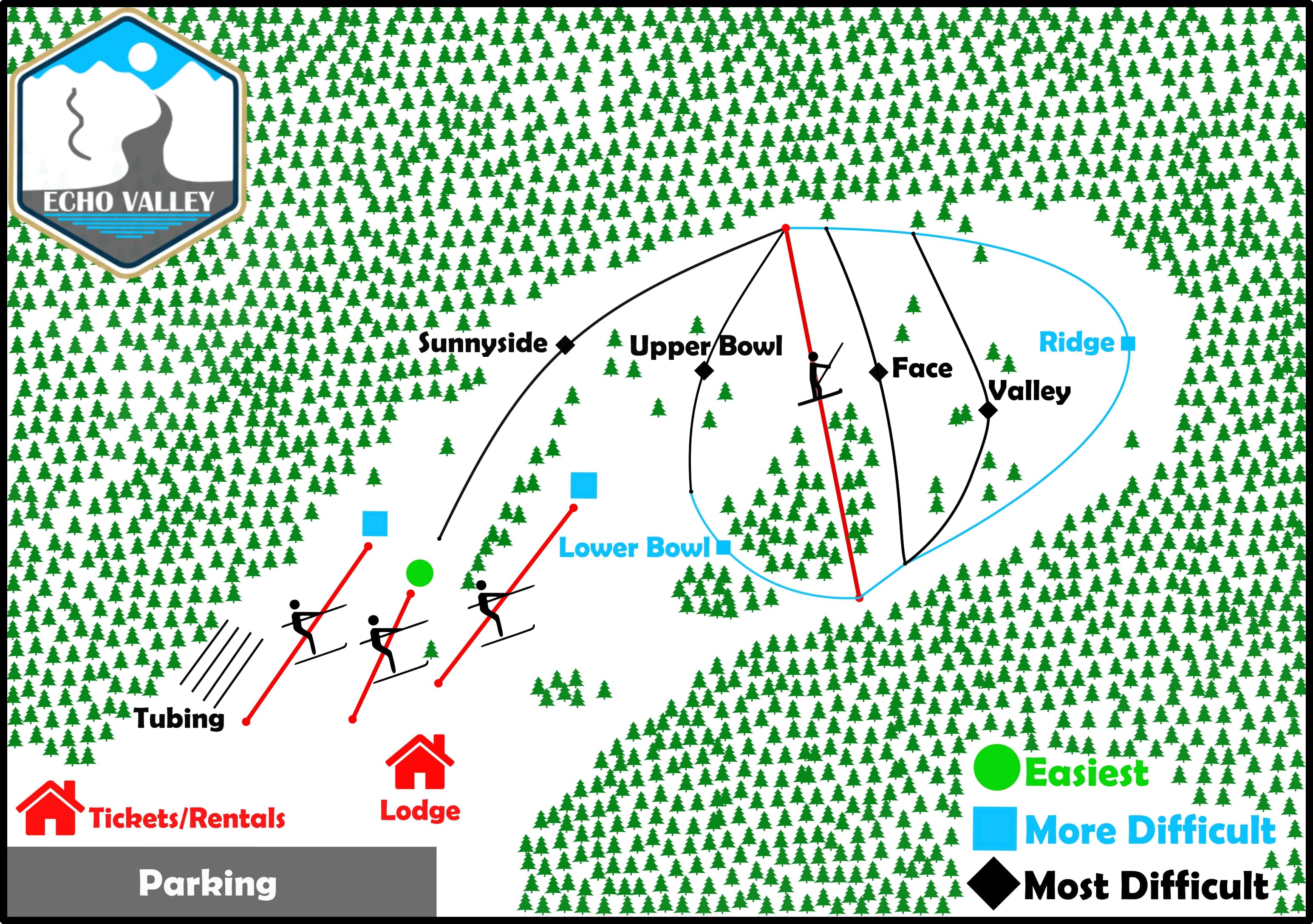 From humble beginnings the Echo Valley Ski Area and Lake Chelan Ski Club have maintained operations for over 60 years. The ski area and club are a unique accomplishment created by the spirit and enthusiasm of many dedicated volunteers. The formation of Echo Valley Ski Area began in the early 1950’s when Wally Peterson and his cousin, Dale Peterson, took a tractor, removed a tire and attached a rope to the wheel, creating a tow rope in Dale & Jean Peterson’s orchard located at Greens Landing in Manson. This piqued the interest of many friends of Dale & Wally who thought a ski area was a great idea. Two of these people were George & Dorothy Perry who owned a home and saw mill located on what is now Echo Valley. It was while attending a Saturday ski party in Peterson’s orchard that Dorothy Perry suggested that the “Petersons have a good tow, but George and I have a better hill.” In 1955 the group formed the Lake Chelan Ski Club and moved to the present site. The club was established on December 27, 1955 and Steve Griffith served as the first President. At the beginning of the first ski season, the property was covered with remnants of an old orchard so Wally and Dale Peterson, Steve Griffith and Dick Watson began the task of clearing the land. Beebe Orchard Company donated an old Ford truck and Jack Lafferty mechanically adapted the motor to run the rope tow to the top of the highest hill. The body of the truck provided a warming shelter. In 1956 tow 2, the bunny tow, was added and tow 3 came on-line in 1960. The first half of the lodge was built in 1961 and the second half completed the following year. All of this was accomplished with donated labor and materials. An expansion of the lodge was completed in 1987 at a cost of $5,000. In 1971, the Poma lift was installed and ran for the first time. During these early years club members and their kids spent hours packing the snow with their skis. After the Poma was in operation the club decided a groomer was needed to pack the hill. In a tremendous display of community support the club was able to raise $14,000 in two short weeks for the purchase of a Thiokol grooming machine. The original donors list that was mounted to the side of this Thiokol is currently on display in the Lodge at Echo Valley. In 1980 the club entered into a contract to purchase the land from Reaugh Ranchards, Inc. Prior to this the ski club operated on a year-to-year lease. The club purchased the 40+ acres for $60,000. Many other improvements have occurred since then; including a re-contouring of the bunny hill, the creation of a 4-lane tubing hill, a new ticket office/first aid room and re-location of the rental shop. A grant from Chelan County, a gift from the Lake Chelan Rotary Club and money from the Lake Chelan Chamber of Commerce paid for the materials & rental of equipment to do these improvements. It is through continued volunteer effort that the Echo Valley Ski Area is thriving today. Through association with the Lake Chelan Lions Club the hill is able to operate better & better every year. 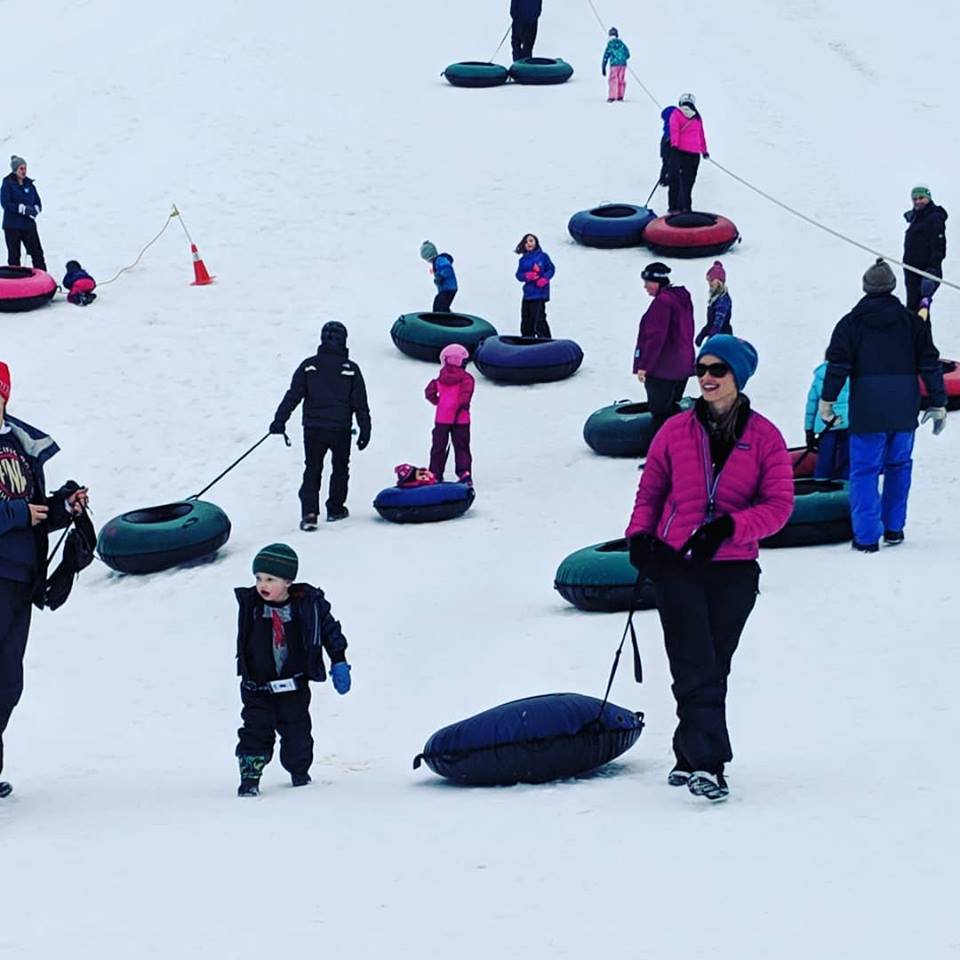 2001 - A 4-lane tubing hill was created. This turns out to financially save the hill.

2009 - A rope tow is purchased from Snoqualmie Pass and installed for easier access to the poma lift. Lodge and tow shacks get a fresh coat of paint.

2019 - Tubing hill expansion from 4 lanes to 6 lanes and lengthened into the parking lot at entrance. A half lane was added for small children. The entrance to Echo Valley was relocated 300 feet up the road. This work was done by Tom Allen, Allen Excavation.